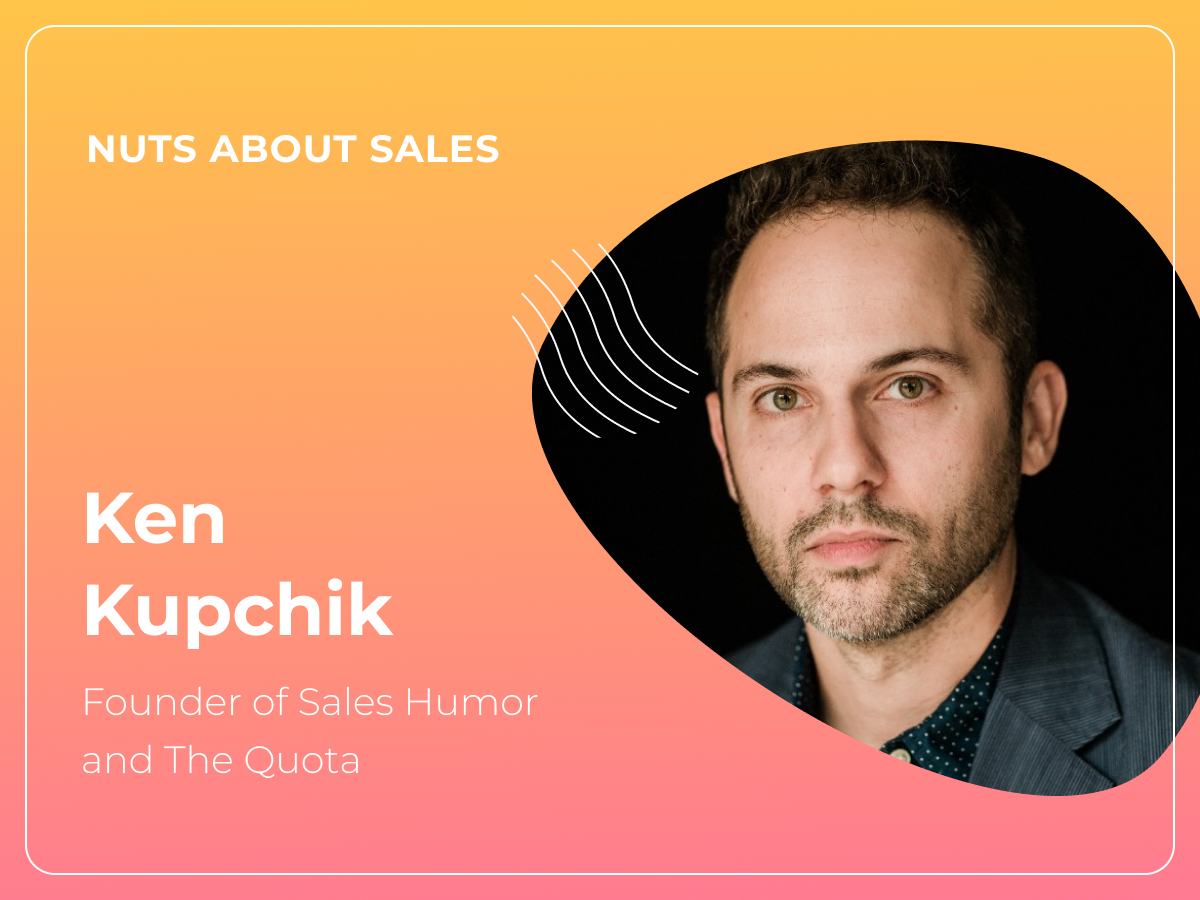 In our 39th episode of #NutsAboutSales, we heard some hilarious nuggets from Ken Kupchik, a Co-founder at The Quota and Publisher at Sales Humor.

Watch this amazing episode to learn why reps are always so stressed out, understand why humor is an important part of working in sales, and hear his funny story about when a sales rep tried to use reverse psychology on a prospect.

Watch the video or read the transcripts below:

What's your name? And where do you work?

My name is Ken Kupchik, and I work at The Quota, which is a newsletter for sales reps and sales leaders. I'm also the Publisher of Sales Humor, which is the largest social media account in the sales world.

Why is the world of sales funny to you?

I think sales in particular lends itself to humor because it's so frustrating. I don't think most sales reps take themselves incredibly seriously. They're generally a fun-loving bunch.

So, I think it's that combination of the frustration of the profession coupled with the personalities of the people who work in it that lends itself to being right for humor.

Why is humor an important part of working in sales?

If you don't have a sense of humor while you're working in sales you might not last very long. It's so frustrating, and there's so much negativity that you kind of have to break the tension. And frankly, I go as far as to say that it's the sales managers and sales leadership who have no sense of humor, who are the worst to work for.

There was this guy who was watching Instagram, and there was some famous sales trainer who was giving advice on Instagram. The advice was when somebody asks if you could lower the price to go ahead and say, “Well, I can actually raise the price on you.” And then, to use that as a negotiating tactic, or maybe a reverse psychology type of thing.

And this person tried that for her life and the prospect wasn't having it. The prospect basically flipped out on the sales rep, so that one's pretty funny.

Why are salespeople so stressed out?

Well, they're stressed out because they're tasked with, in my opinion, one of the hardest jobs. You're essentially driving revenue for the company. That's really mostly on your shoulders. There's obviously the rejection, the negativity, and kind of the daunting prospect of starting over every month or every quarter.

But on the flip side, you do get paid really well.

I think it's attributed to Mary Kay Ash. She founded the Mary Kay cosmetic empire.

It's something like pretend that every person you talk to has a sign around their neck that says that they're the most important person in the world. And I think that's really important.

If you want to be a successful salesperson, obviously there's grit, tenacity, and staying motivated. This, along with a good amount of preparation, will make you fairly successful in sales.

Give us your best advice on how to survive the modern workplace.

Find a good employer, have a sense of humor, and remember that this is kind of all just temporary. Some of the things that you care about now, and that stress you up now aren't necessarily going to be the same things that you look back on and care about much in ten, twenty, thirty years.

And most likely you, like me, will look back on them and just laugh.

If you need any more reason than that, then I don't think I can help you.

Mendy Shlomo
SaaS Content Marketer
Mendy is the content guy at Walnut. Besides writing stuff about SaaS sales and making memes, you can also find him trying to explain to his Boomer parents exactly what it is that he does. 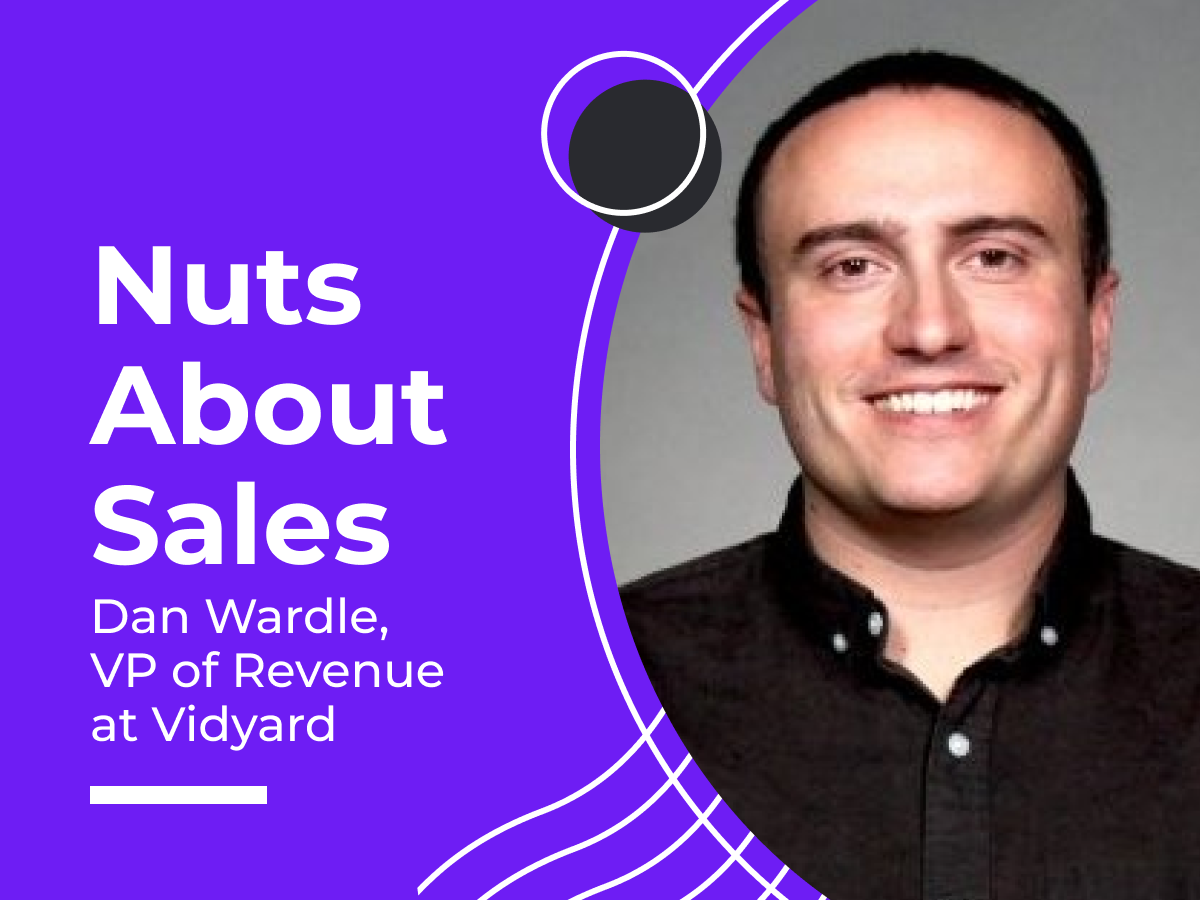 Nuts About Sales - Dan Wardle, VP of Revenue at Vidyard