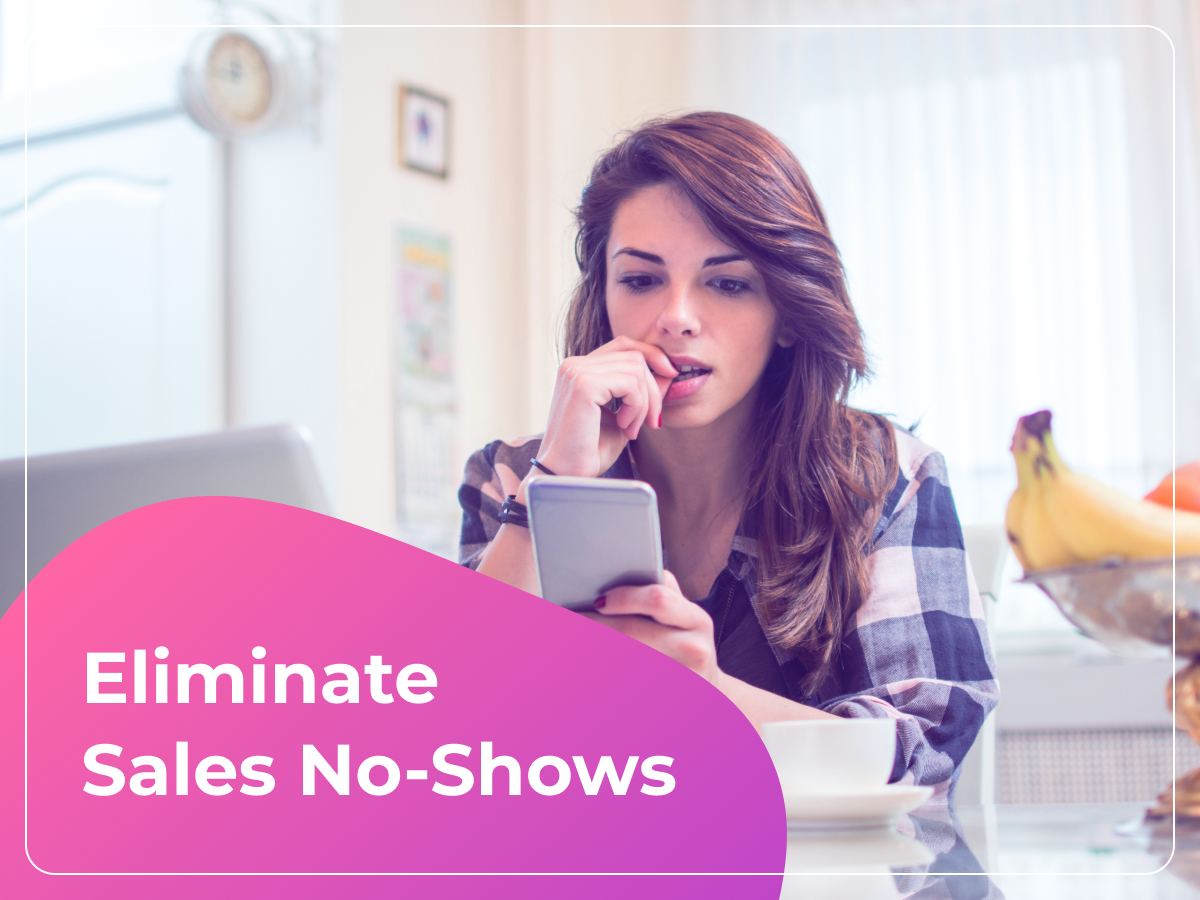 When it comes to the cutthroat field of B2B sales and the stress of trying to meet crazy quotas, we know a lot of reps who simply become comfortably numb.

But despite the hardened shells we’ve all had to put on, nothing stings as bad as when a prospect ghosts you or doesn’t show up to a meeting or product demo.

We all know that feeling of just waiting.

After you made contact with a prospect and they truly seemed interested. After they agreed to meet you. After you set a time and booked an appointment.

When you sign onto the Zoom or the Google Meet, take a deep breath, lean back in your chair, and expect the prospect to pop up on your screen at any moment. But the time passes, and… nothing.

No emails, no notifications, no messages.

Few things are more infuriating than investing time in a prospective customer only to find out they're not interested at all in converting and have them go dark.

Sure, no-shows are part of the sales process. But, if this situation has occurred one too many times, well, maybe it’s time to reconsider what you’re doing.

What is a no-show and what are some common reasons why they ghost?

Now that you’ve stopped crying and finally finished that tub (was it tubs?) of ice cream, let’s discuss what exactly happened.

A no-show is a person or a prospect who is expected to show up for a call, demo, or meeting but doesn't arrive. It could happen because the no-show lost interest in a product or service or had to do something else during that time.

While some may have very valid excuses for not showing up, others simply decided the product wasn’t for them and didn’t want to waste any more of their time. Which, we admit, may also be a valid reason.

Life happens, things change, we get it. A no-show isn’t always the end of the world. But it’s important to understand the main reasons why prospects don't show up.

This is one of the most common reasons for a no-show and is the main area we are going to talk about.

More often than not, no-show prospects have prioritized other tasks over your scheduled meeting. Sometimes, this is intentional. Other times though, prospects have genuine reasons to prioritize other things going on.

This can happen because they don’t fully understand what they stand to gain from meeting with you. So, while you can’t prevent prospects from having other priorities, you can affect the way they feel about your meeting.

This is the reason you cannot have a zero no-show ratio.

You can't prevent things from coming up. Things happen, whether it’s family issues or work problems. Prospects may be unable to meet with you and discuss your products or services during emergencies.

In this case, unlike with priorities, there aren't many things you can do to prevent them.

How many unresponsive leads are too many?

If you’re feeling like bad things only happen to you, remember that no-shows are pretty common throughout the sales process for the reasons mentioned above. So try to brush it off and not take it too personally.

But if you’re feeling like something isn’t quite working, then it could be a good idea to calculate your no-show rate to understand if you've got an actual no-show problem.

Doing this isn't hard, and we promise that you don't need to know calculus.

Here's how to calculate your no-show rate:

That said, how many no-shows are too many, then?

This depends entirely on the stage of the sale funnel no-shows occur.

For obvious reasons, they are not as important to you since you have not invested too much in them. For the most part, they're part of cold prospecting, so it's impossible to convert every one of them.

In any case, the no-show rate for this stage should not exceed 20-25%.

Here's where things get more serious and where sales pros risk losing their sh*t.

Bottom-of-funnel unresponsive leads are prospects you've invested time, energy, and even money into. For example, you've pitched to them, handled their objections, and tried your best to encourage them to attend this meeting.

Granted, some prospects will cancel the meeting or not show up at all. Generally, you can expect this to some degree. Yet, if your bottom-of-funnel no-show rate exceeds 10%, it means you have to address it.

To help make sure your prospects put your meeting at the top of their list of things to do, we’ve created a list of ways to keep them engaged throughout the sales funnel.

According to statistics, 58% of sales meetings aren't valuable to prospects. If your lead does not think your meeting will benefit them, they won’t turn up. You therefore must showcase your value well before the scheduled meeting time.

But how? Invest in a high-quality interactive product demo platform that allows you to show your unique value in advance of the call, helping you to avoid no-shows.

This ensures that before a prospect comes to a meeting, they have had the chance to interact with your product. Offer a personalized sales experience that gives them a sneak peek of how your offering can help them.

Before they’ve got to your real-life meeting, you’ve already sold them on the product, and they know it’s worthwhile to pursue. It's that simple.

The most important thing for a prospect to see from you at the outset of the sales process is that you understand their needs and have value that you can offer them.

So when you interact with your prospects, make it clear that you know who you’re talking to. Not only do you need to be referring to them by name, but let them know that you understand their company, their role within it, and how your product can specifically help them.

There’s a lot you can learn about a prospect with tools like LinkedIn, Zoominfo, and a good-ol’ Google search.

Then, when you email them, describe exactly how your product can benefit them. Or, if you are using an interactive product demo platform like Walnut, don’t simply send them a demo that goes through your whole product but personalize it and showcase the top features that you think they’ll most appreciate.

3. Make it clear why they need to attend

When it comes time to set a meeting, make it crystal clear what the prospect stands to gain from talking to you.

While many salespeople know that it’s important to write a demo agenda and share it with prospects before the sales demo, it’s also important to do a version of this before every call to help avoid no-shows.

If they think you’re focused on meeting only so you can ramble off information about your product, they’re not going to want to attend. Instead, you should tell them exactly what you plan on discussing. You can also ask about their needs and concerns and create a brief bullet point list of the matters you hope to discuss and ask if they would like to change anything.

So when you shoot them an invite to a scheduled meeting, make sure to include a “list of topics we’ll discuss.”

4. Be decisive and own the process

If you write a tight sales email but end it with a "looking forward to hearing from you" or "let us know when you'd be available for a meeting," you’re leaving the door wide open for no-shows.

This approach doesn't work because you leave the decision-making to the prospect, allowing them to delay until they forget about the whole thing. It’s too vague, and it counts on the prospect taking too much action.

Instead, take ownership of scheduling the meeting by offering the prospect two clear time options. If neither of them works, they’ll either offer some alternatives or let you know they're not interested in meeting at all.

A day before the meeting, reach out to your prospects to confirm the appointment. You can contact them via phone, social media, or email.

When following up, make sure to include all the tips we mentioned earlier. Speak clearly about the value you can offer this specific prospect and what they stand to gain by talking to you at this specific meeting. Make it clear that you are playing on their turf, so to speak, and that this conversation will be uniquely important for them in their role.

What to do after a no-show

Lost leads are a major problem in today's SaaS industry. You put so much energy and effort into convincing prospects to a meeting, but, in the end, they never show up.

While it can be annoying, remember that following up doesn't end when someone's a no-show. Even if they failed to show up, it doesn't mean they're entirely not interested in your offerings. They might have forgotten they had an appointment or maybe had an emergency. So keep trying to reach out to them until you get a response.

If you still don't get an answer, send a break-up email, where you clearly state that since the prospect isn't replying, you assume they're not interested in your products or services at all, so you’ll move forward with other clients. Doing this works wonders sometimes.

But the more you qualify your sales leads and provide them with engaging and valuable content, the more likely they’ll be invested in your meetings and make sure to attend.

This is why you must be using a demo platform that allows you to personalize your sales process as much as possible.

So what are you waiting for? Push the big purple "Get Started" button at the top of your screen to start improving your sales funnel today. 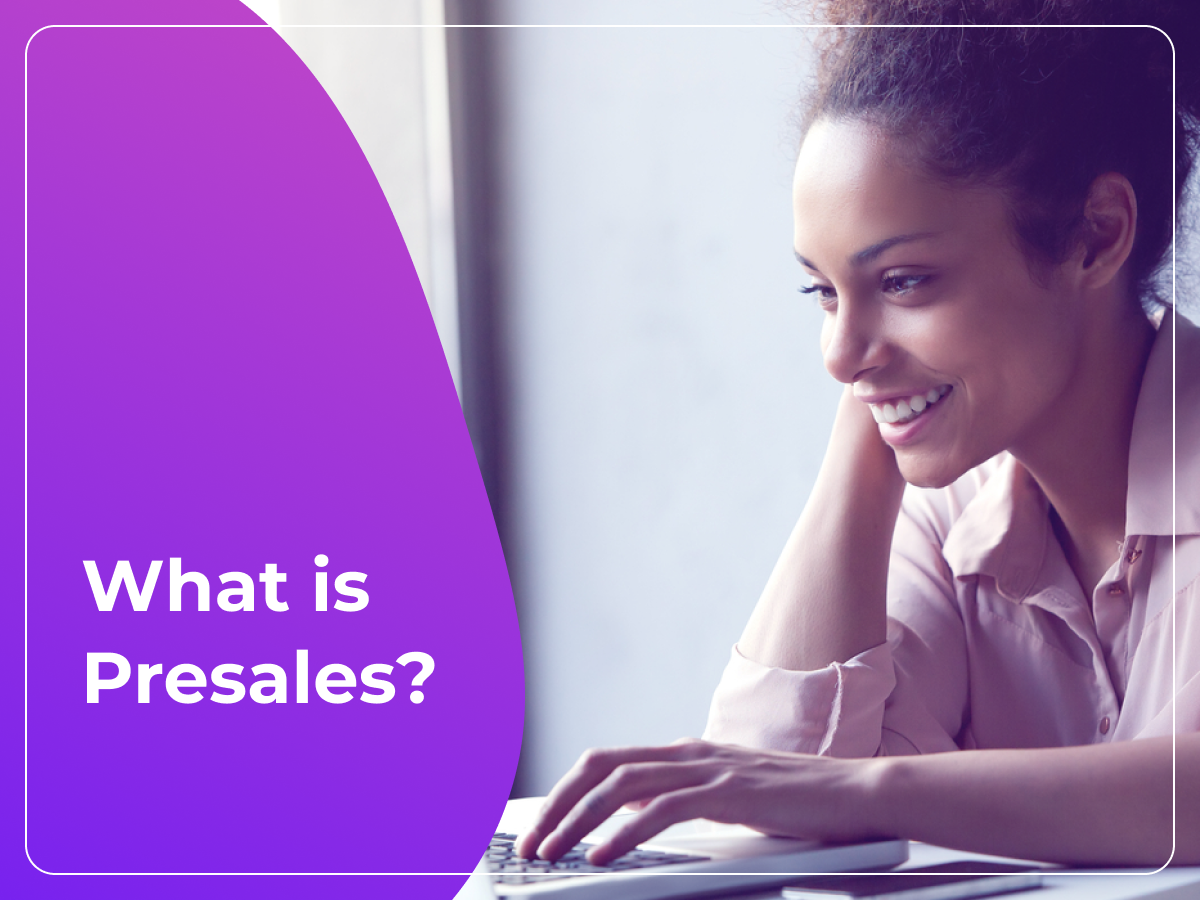 What Is Presales? Understanding B2B SaaS Sales Vs. Presales