The Demo Phase Can Make Or Break Your Sales Funnel. Here’s How To Nail It 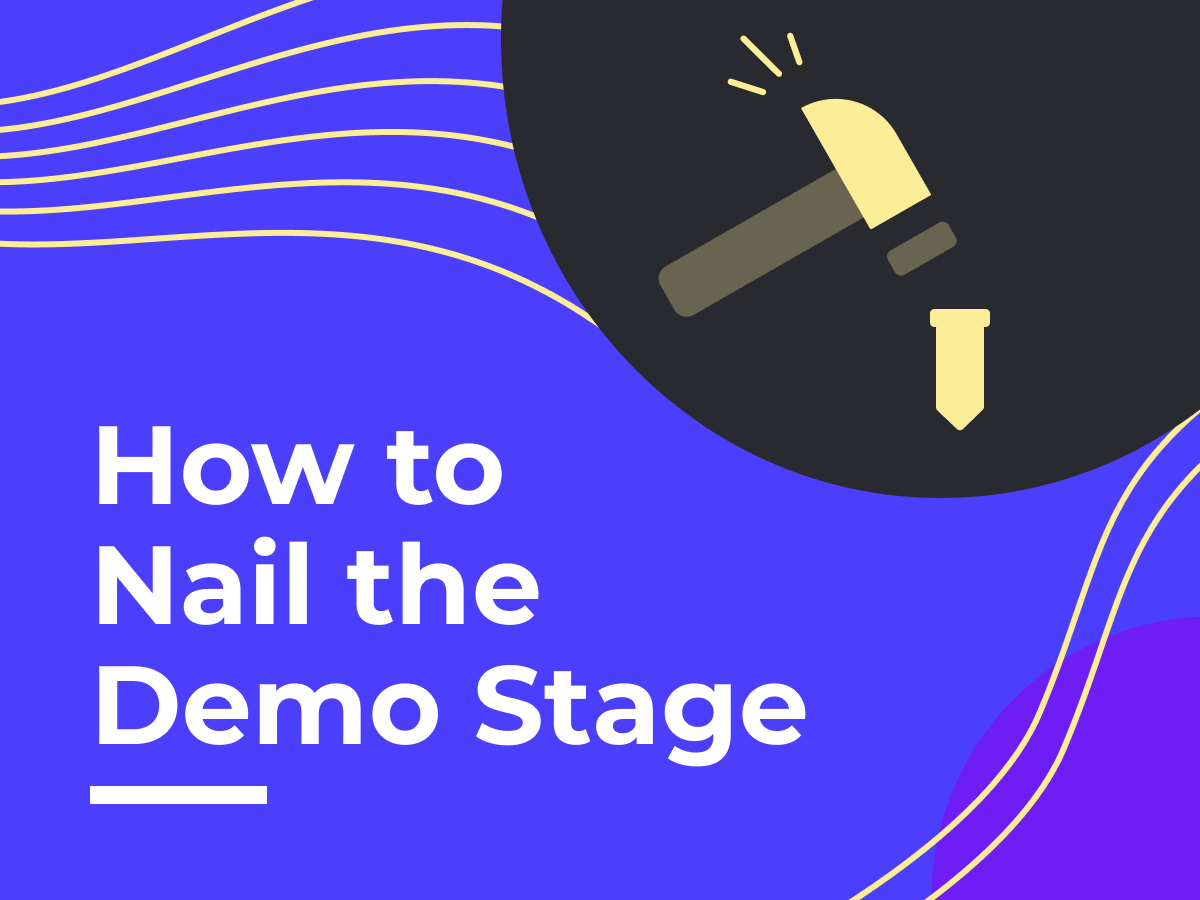 We’re all familiar with the general concept of b2b sales funnels, and their basic elements. The components within the funnels themselves can vary between companies, but there is one element that serves as the absolute ‘make or break’ in the funnel, and that is the demo phase.

The sales demo, which is essentially a product demonstration, oftentimes makes the difference between either closing the sale, or losing the prospect altogether. Thankfully, we’re living in a point in time in which it’s easier than ever to deliver impressive demos digitally through a variety of channels, such as video and web conferences, to make the buying process that much more convenient for prospects.

But then again, one size does not fit all in the world of sales, especially when the goal is to deliver for maximum impact. There’s a great deal of context to consider, and some fine-tuning and adjustments to be made before presenting, for the prospect to not only see how they can use the solution, but to also gain a deep understanding of how the solution would solve their unique problems.

Here are some tips on how to nail the demo phase:

Get As Much Context As Possible In Advance

Sure, you may know the mission statement of the organization that your client works for, but how well-versed are you in the role and responsibilities of your contacts, and the unique challenges being faced in their respective departments? How’s the climate in their technical environment, and how are business processes there in general?

As you learn more of that background information, you will gain a better understanding of their most frustrating roadblocks, and potential scenarios if they are unable to solve their challenges.

Make Your Demo Relevant To Them

Do your best to customize your demo as much as realistically possible for you. If you can’t fully customize it, try to customize a couple of features within the demo.

But if it’s really not possible at all due to high volume campaigns on your end, then the very least you can do is to make it as relevant as possible by solely addressing the issues your prospect may be facing. Resist the urge to show them absolutely everything, as that will end up diluting your presentation, and it simply won’t resonate as well.

Prospects need to be heard and understood. It’s never a good idea to make the allotted time for demos be all about the demos. A few minutes of introductory pleasantries followed by a huge block of demo time is the modern day equivalent of death-by-Powerpoint. Instead, after the intro, allocate some time to discuss findings to avoid a product demo fail.

Then run through the demo, and allocate some more time to go over their feedback/questions/concerns, then finally go over what the next steps would be.

Be Human While Presenting

Nobody likes jargon overload, especially not anyone who is in the buying position. As such, it’s best to be more human and less robotic while presenting your solution.

For example, instead of saying, “We are a B2B project management software solution that integrates with G Suite for greater accessibility,” it’s better to be human and use a storytelling approach. “Imagine you just got back to the office after the weekend, and came back to an influx of disorganized messages from your team members and contractors scattered between your email and messaging groups.

Overwhelming, right? Our solution helps put order into these broken lines of communication by organizing XYZ…” Sure, it may be more of a mouthful, but it’s also more meaningful.

The demo phase truly is the make or break of the sales funnel. At the end of the day, just remember that your demo should be seen as a conversation and not as a monologue. The digital assets you’re going to present are meant to be supplementary to the conversation that is going to take place.

That will encourage real engagement during the demo. In the points that you are going through the software, give continuous explanations such as by explaining each click and providing realistic names and numbers. Once all is said and done, provide a recap and spend a generous amount of time to discuss next steps.

These are all practices used by top performing sales reps across numerous industries, and with just a little more effort, you can easily be one of them! 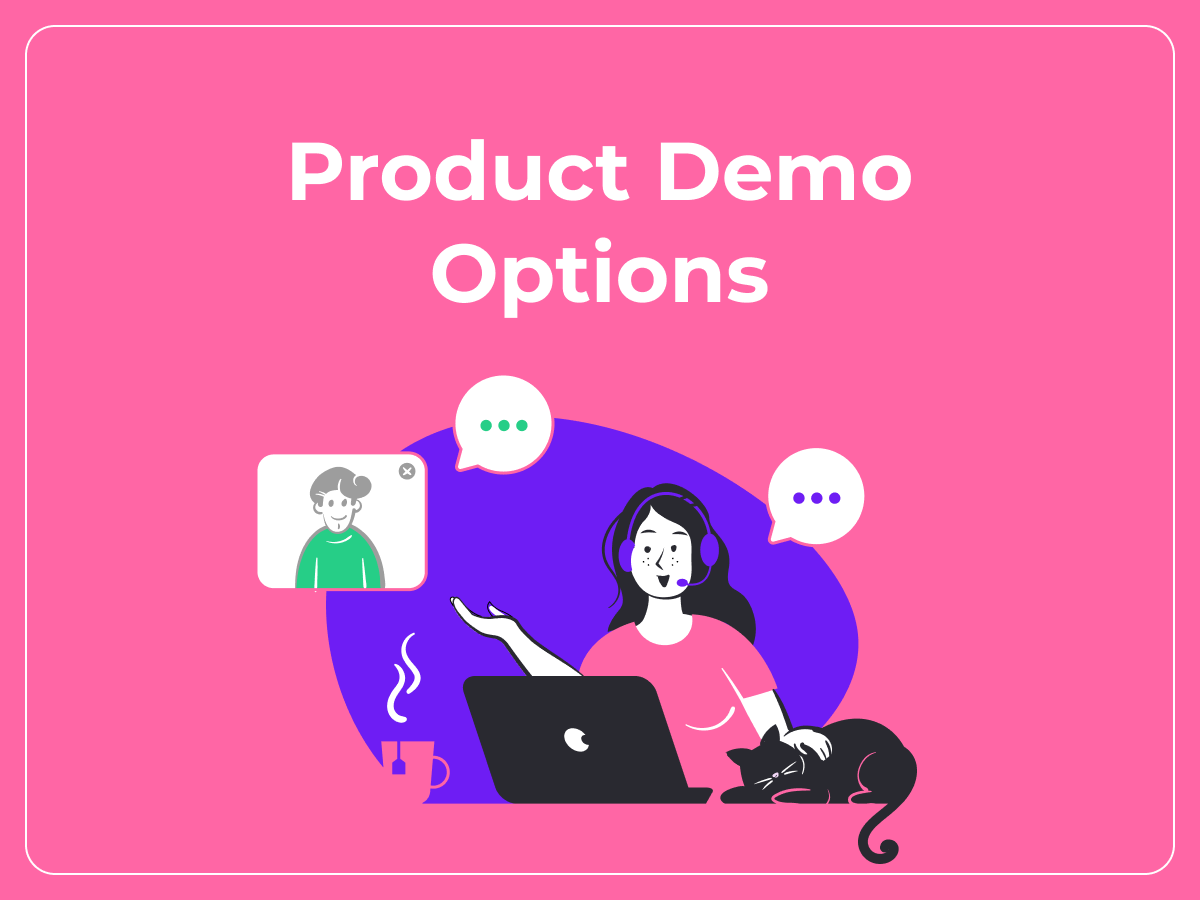 Product Demos: The Different Options and Their Benefits