Nuts About Sales - Adir Ben-Yehuda, VP of Sales at Walnut 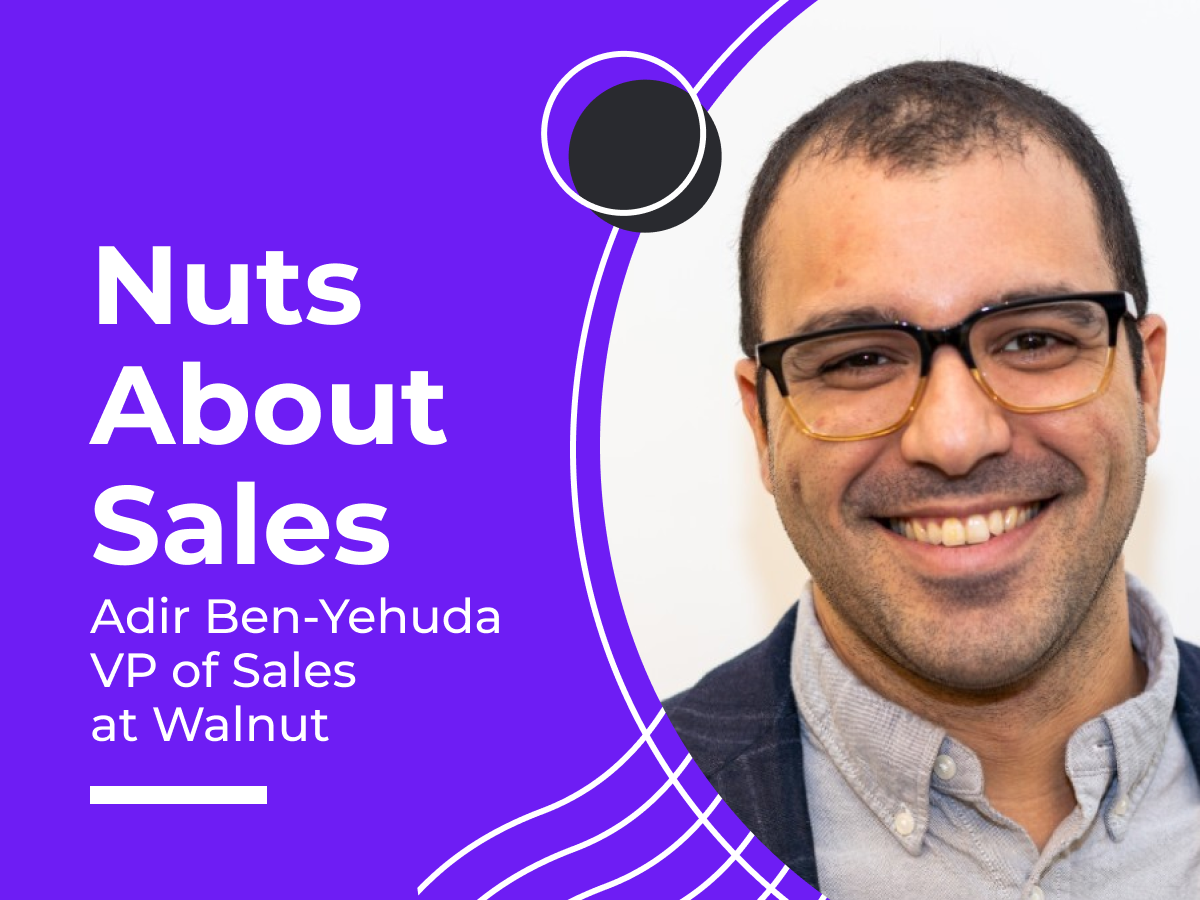 In this episode, we speak to our very own Adir Ben-Yehuda, VP of Sales at Walnut, who shares some truly wild sales stories, best sales moves, and amazing sales tips.

You won't want to miss this episode. Watch it or read the transcripts below:

What’s your name and what do you do?

My name is Adir Ben-Yehuda and I’m the VP of Sales and Founding Member of Walnut.

What’s your most embarrassing sales story?

In middle of a call, someone stopped me and asked me, “Hey, wait a second, I have to ask you something. Are you single?”

“Because I have a daughter, she’s 25, and I think you guys would hit it off.”

And I’m like, “Cool, let’s talk about this deal first!”

My biggest challenge when demoing is actually not demoing.

Right? When you demo you want to show the product: “Oh look at this great dropdown!” and all those kinds of things, and that’s the biggest challenge - fighting your urges to not show the nitty-gritty of the product but actually talking about value.

What’s the phase in the sales process do you hate?

The worst thing about it is legal because you see all those red lines and most of them are like well I can’t really answer most of them so I can have zero impact there. So that’s the one I hate the most.

What’s the craziest thing to happen to you during a demo?

I used to work for a cybersecurity company and we did in-house demos. We used to fly to a client and get all the team there - a lot of hardware. And we connected one of the hardware during the demo and as we connected it, it started going on fire.

We had like 30 people in the room, executives and this is bursting into flames and I’m like, “Cool. So let’s talk about commercials now!”

What’s the worst mistake to avoid in sales?

But make sure you’re asking the right questions.

Don’t go too far and ask stupid questions that might trigger something else within the prospect.

What’s the most genius move you made to save a deal?

I flew one time from NY to LA. It was a nice summer night. I landed there after a nice flight, just to go to a golf course to meet a client there. He didn’t know I was coming, but I knew he’d be playing golf there the same day.

And I was waiting there for him. I don’t play golf. I’ve never played golf. I rented a few clubs there at the place and I’m like “Oh, John! How are you, man? I thought you play around here!”

What’s the deal you closed that’ll stay in your Pantheon?

I won’t disclose the company, but I worked on this deal for 12 months, I had to do so many breakfasts, lunches, dinners, whatever you want there. I killed my ass, I talked to everyone, from the CEO until - I don’t know - the cleaning people in the company itself. Seven-figure deal, worked for it for 12 months, I won against three competitors, I fought, I fought, I worked my ass off and that’s the biggest deal I had.

What superstitions do you have before closing a deal?

I never eat lunch. I make sure I don’t eat anything that day. I want to be fresh, I want to be as cool as possible and I close it.

How do you celebrate closing a deal?

The way I usually celebrate after closing a deal is actually going out for a long run. I love it. It keeps me motivated. It keeps me energized after I close a deal and I can get those miles in.

First of all, why haven’t you bought Walnut yet? You’re still doing demos like they’re doing in the olden days? You’re still like, “Oh I want to show you my product, here! It crashed!”

Oh but wait, I thought… you’re talking about a real walnut? Oh, it’s really tasty I guess? I don’t know.

Ready to upgrade your prospects' sales experience? Get started with Walnut today. 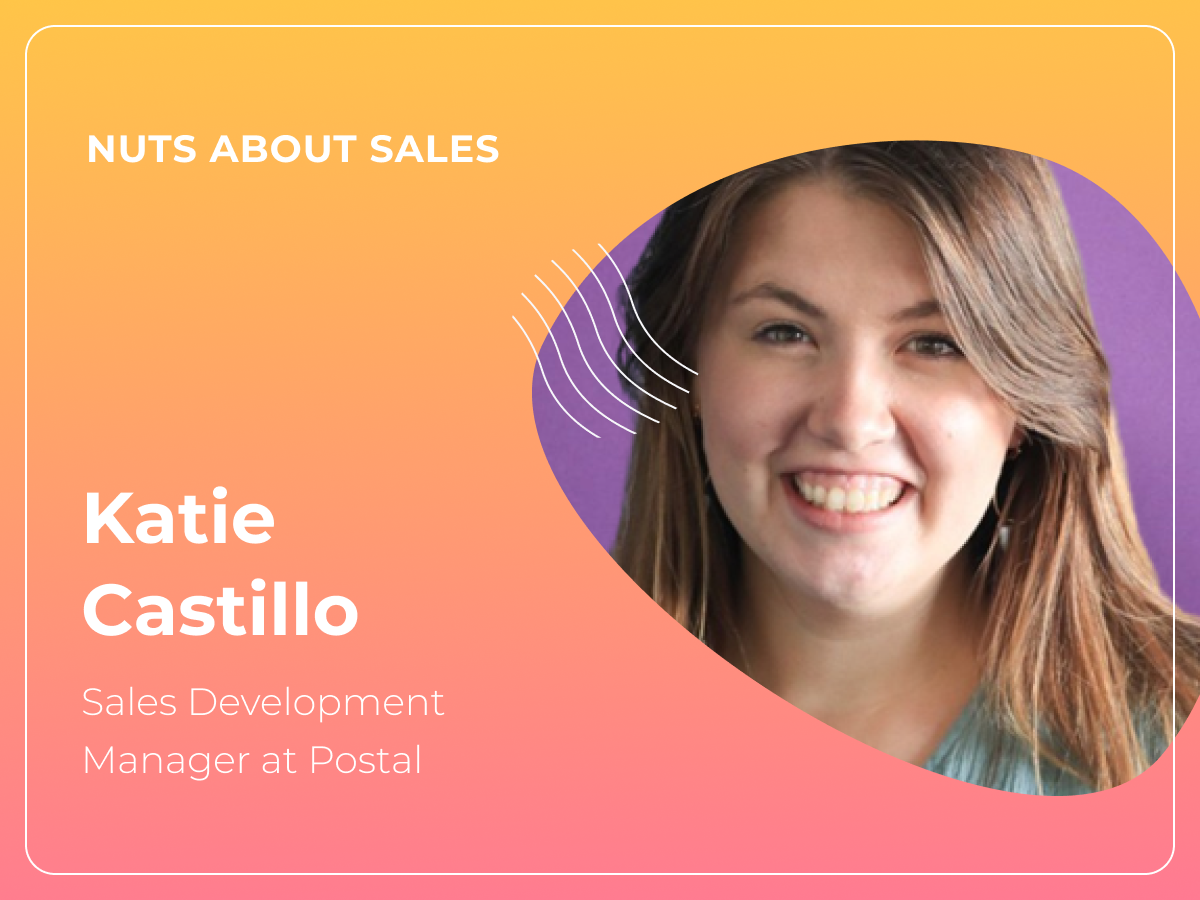